The major focus of our laboratory is to make clinically-important discoveries about the cellular and molecular basis of blinding diseases, including age-related macular degeneration (AMD) and inherited retinal degenerations, in order to develop new treatments and cures. 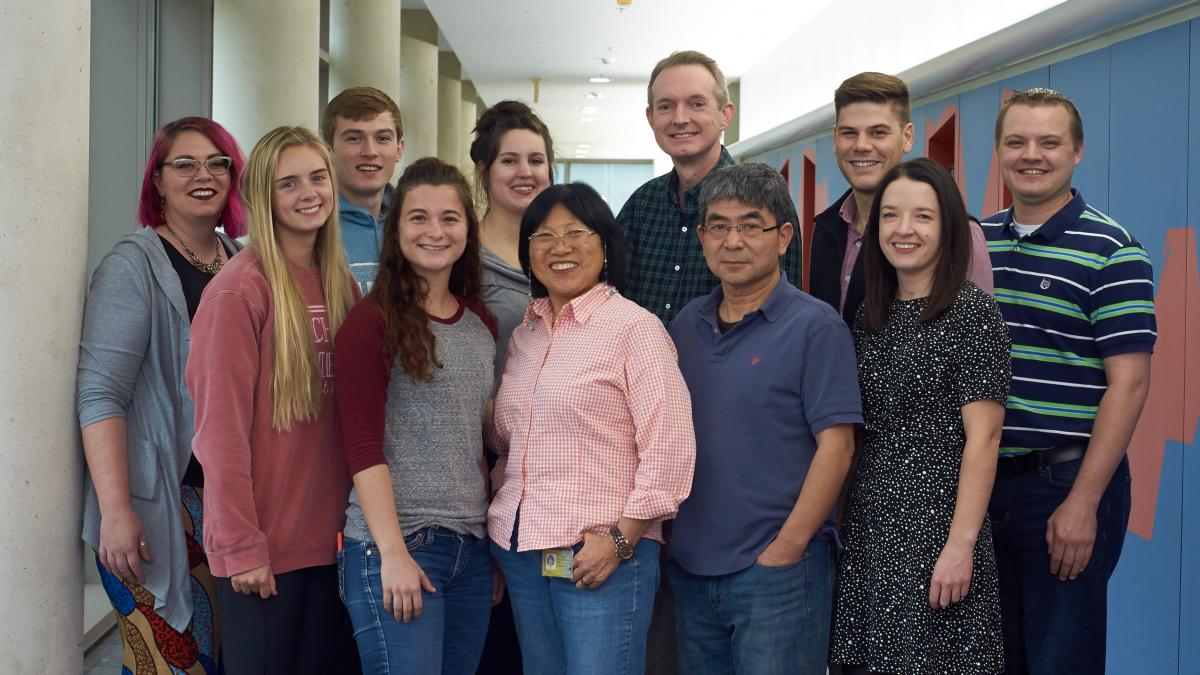 ITGB1 Cd29 Choroid: Immunofluorescence image of beta-1 integrin/CD29 labeling in blood vessels of the choriocapillaris (CC). The yellow autofluorescence of the retinal pigment epithelium (RPE) is due to the accumulation of lipofuscin, which occurs in aging eyes.

The major focus of our laboratory is to understand the molecular and cellular causes of human retinal diseases (including age-related macular degeneration, retinitis pigmentosa, choroideremia and Best disease), and to use this knowledge to identify novel treatments.

We are especially interested in the role of the choroid in the development of macular degeneration (AMD) and other macular diseases. The choroid is a layer of the eye containing a rich vascular supply that provides nutrients to the photosensitive rods and cones of the retina. In addition to its role in nourishing the retina, the choroid plays important roles in retinal pathology in AMD. The endothelial cells that form the blood vessels of the choroid can become activated to migrate, divide and invade the retina, in the neovascular or “wet” form of AMD. We are exploring the mechanisms of how these cells become abnormally activated, to discover new approaches to arrest this process.

In addition to causing “wet” AMD, our laboratory has found that loss of capillary endothelial cells occurs very early in the dry form of AMD as well. Thus, both excessive and insufficient activity of the blood vessels in the choroid contribute to macular degeneration. With new developments in stem cell technology, we are now exploring the replacement of dead cells with stem cell derived endothelial cells. 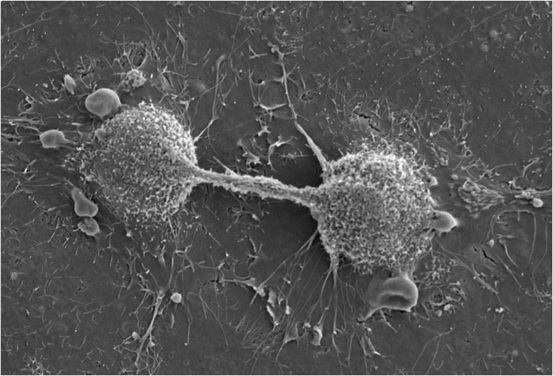 In addition to AMD, we are interested in the pathogenesis of other macular diseases, particularly Best disease, a genetic form of macular degeneration with an early onset. Our laboratory is interested in understanding how mutations in the gene BEST1 lead to the distinct macular “egg yolk” lesion, why the lesions tend to form in the macula and spare the extramacular retina, and what other genetic factors interact with the BEST1 gene product to modify the Best disease phenotype.

We also actively work with colleagues at the University of Iowa Institute for Vision Research and around the world in the study of other retinal diseases including Bardet-Biedl syndrome, Usher syndrome, Stargardt disease, Leber congenital amaurosis, retinitis pigmentosa, central serous chorioretinopathy, uveitis, and other acquired and inherited diseases of the retina.

It is our hope that these studies into the molecular and cellular basis of choroidal and retinal degenerations will lead to improved treatments for the millions of individuals whose sight is threatened by retinal diseases.

Visit the following link to learn more about our single-cell research: Spectacle: A Tool for Interacting with Ocular scRNA-seq Data 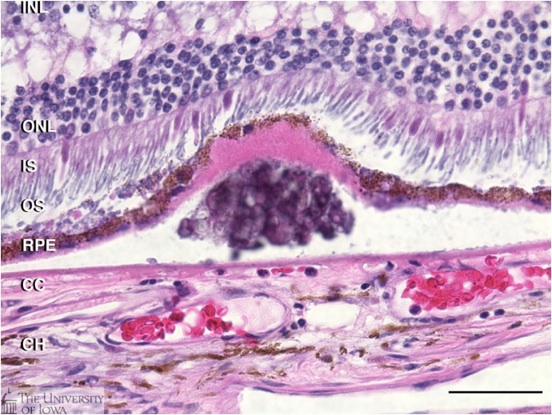 Druse: Histology of a druse (plural, drusen) from a human donor eye. Drusen are presymptomatic risk factors for AMD that develop between the retinal pigment epithelium(RPE) and its blood supply, the choroiocapillaris (CC). 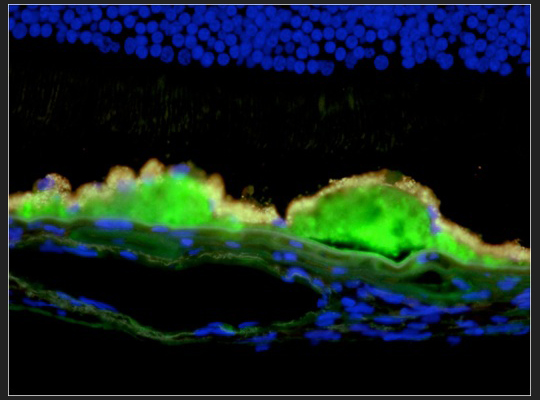 Cone Photoreceptors: Immunohistochemical labeling of cone photoreceptor cells from a human retina. Nuclei are stained blue with a DNA-binding probe. 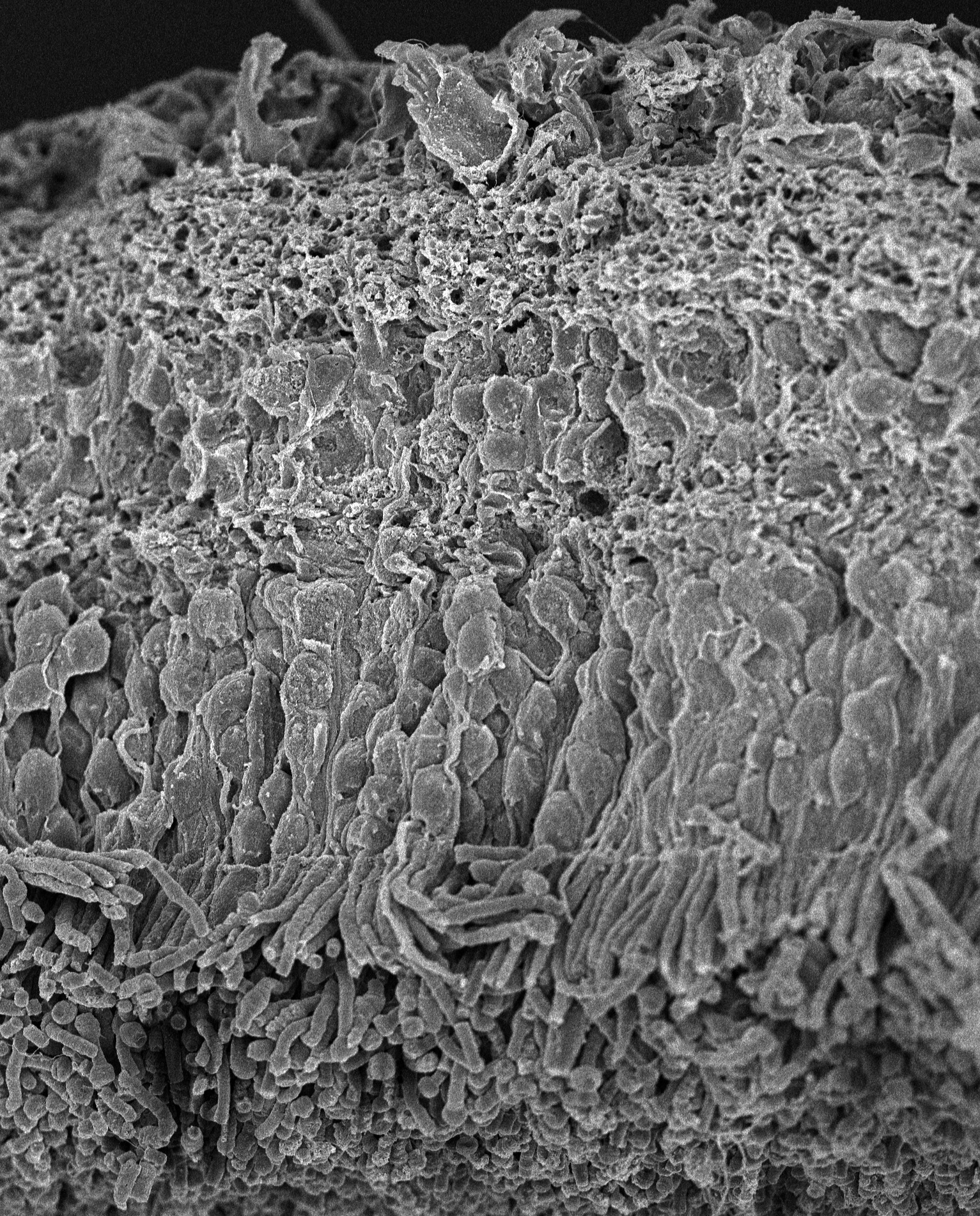 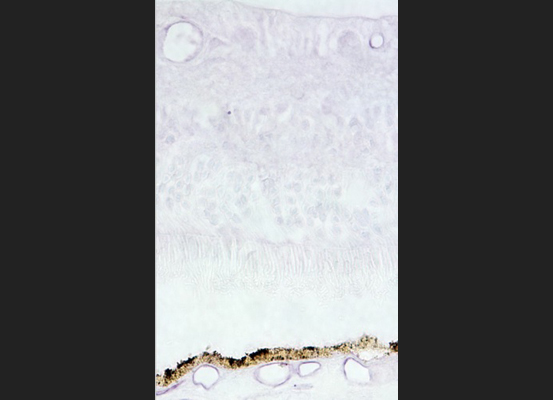 Choroid Retina ICAM2: Localization of the endothelial cell adhesion molecule ICAM-2 (purple) in blood vessels of the retina and choroid. 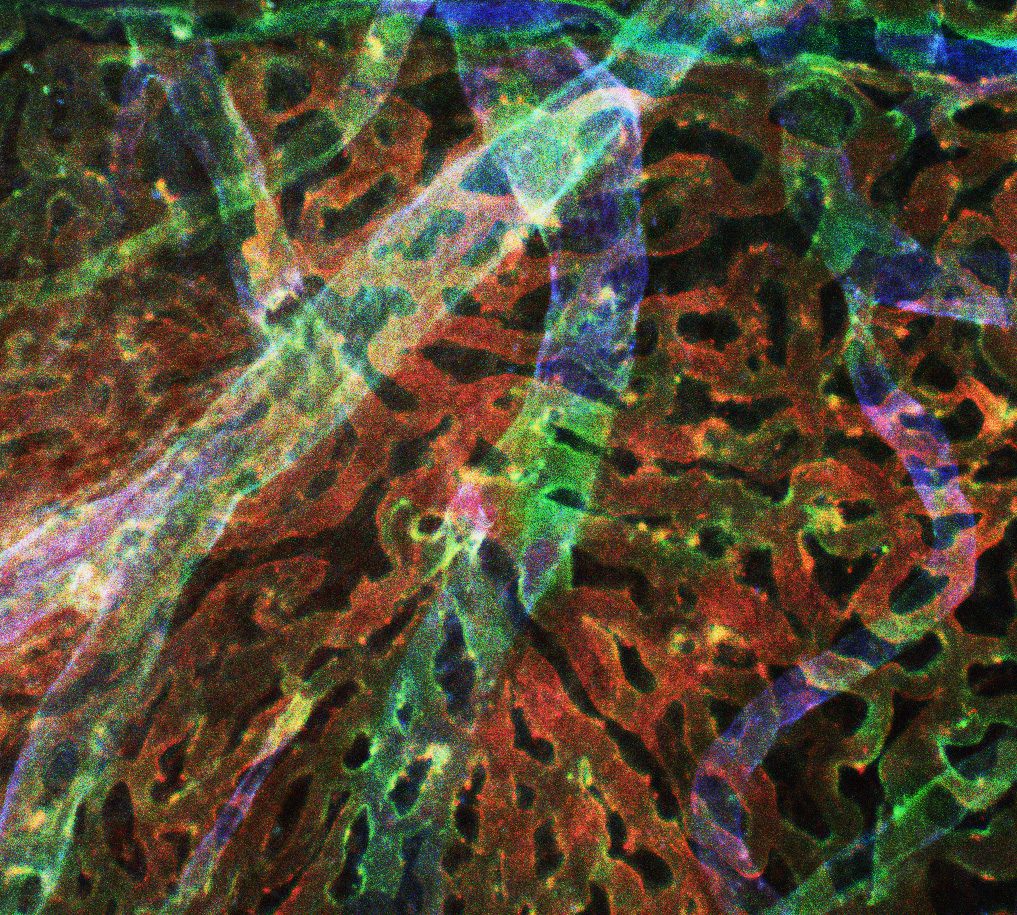